Are you looking for a gift for your loved ones?
Or would you like to say thank you to someone?
Then our vouchers are just the right thing for you. 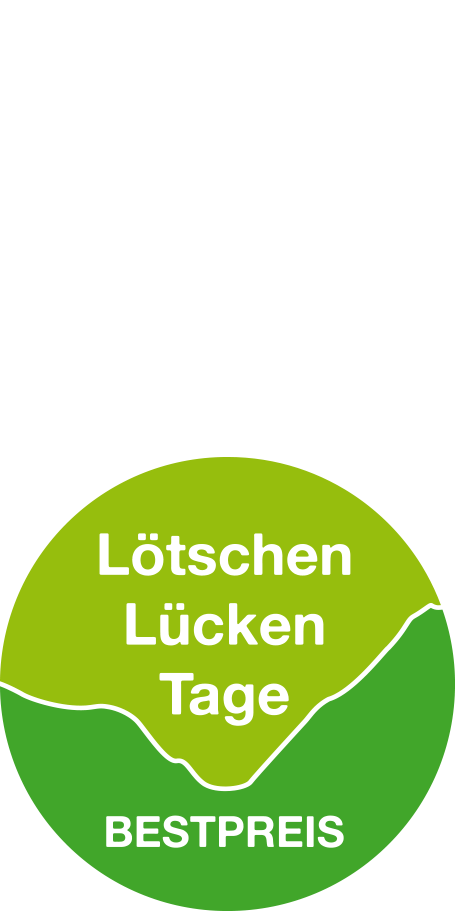 Charlotte and Lukas Kalbermatten-Ritler have been running Hotel Edelweiss in Blatten since January 1998. They are the third generation of the family to take over since the grandparents set up a grocer's shop with a small restaurant almost 75 years ago. Each generation has built on the business in their own way, as the timeline of the family history shows.

With three generations of Kalbermattens having owned Hotel Edelweiss, the family have lived through all the changes typical of the past century. And over time, it became necessary to shift from agriculture to tourism. This step allowed the second generation to return with their family from afar and get down to business back at home. The third generation runs a modern establishment in line with current business principles, yet still honouring the work of the parents and grandparents that went before them. The final chapter in the story so far saw the refurbishment of all 23 rooms and junior suites along with reception and the restaurant and bar in 2016, which did not result in the room rates rising.

Host Lukas Kalbermatten has done a lot of research on the family history. He found what he was looking for in the archives of the municipality of Blatten:

A business patent, valid from 3 July 1943, and a business and restoration patent, valid from 1 January 1946, can be found in the archive. For the previous business, in which our grandmother worked, we also found a business patent, dated 26 March 1933, but this was in the name of an uncle of grandmother Emma, the mountain guide Josef Ritler.
So guests have been served at the present location since 1943, but our grandmother Emma Kalbermatten-Ritler probably started about 10 years earlier.

1923 Initial small grocer's shop, where grandmother Emma Ritler worked
1943 Construction of the residential building with restaurant and grocer's shop by Emma and Eduard Kalbermatten-Ritler
1943 First licence to run a restaurant
1964–69 Construction of the hotel and restaurant
1970 The next generation take over, with Lydia and Stefan Kalbermatten-Bühler running the business
1970 Birth of Lukas as the family’s fourth child
1990–91 Complete refurbishment of the 3-star hotel and restaurant
1994 Our establishment joins the Silencehotel marketing organisation
1998 The next generation take over, with Charlotte and Lukas Kalbermatten-Ritler running the business
2001–02 Birth of Jonas and Sophie
2011 Foundation of the ‘Lötschentaler’ hotel partnership
2016 Complete refurbishment of all hotel rooms and the restaurant
2018 Our upcoming 75th anniversary – will you be joining us for the celebrations?

Our guests can marvel at the flawless condition of our hotel, admire the spectacular view from the restaurant terrace and balconies in the rooms, indulge in the extensive selection of local produce on our menus and enjoy some genuine Lötschental valley hospitality.

We look forward to welcoming you!

Charlotte and Lukas Kalbermatten-Ritler, along with Jonas, Sophie and the whole team